The scouts held their final campfire (and final pack meeting of the 2016-2017 year) at Ann Van Middlesworth Park.   The scouts enjoyed games and BBQ before heading to the “bridging up” ceremony.  In addition, the Bear Den held their Carnival (a requirement for the Bear rank ).

At the bridging up ceremony, all scouts were formally promoted to the next rank.  In addition, the scouts formally retired a worn-out American Flag. 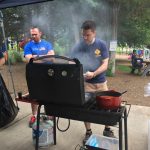 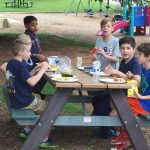 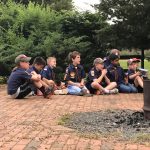 Waiting at the Ceremony 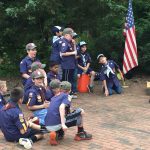 At the bridging up ceremony. 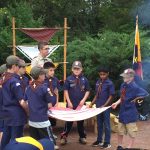 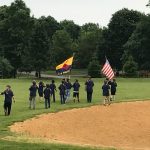